Literally, osteopathy means something like “the suffering of the bone”. But not only the bones – rather the whole body is considered in osteopathy. Osteopathy is thus one of the holistic methods. It sees the human body and the whole human being as body, spirit and soul as a unit.

Osteopathy is an independent form of medicine that serves to recognize and treat dysfunctions of tissues and organs of the body. Osteopathic medicine is based on the understanding of structure and function in three basic physical systems and their interactions with each other: the musculoskeletal system (parietal system), the internal organs (visceral system) and the craniosacral system.

The diagnosis and treatment takes place through the intensively trained hands of the therapist. In addition, advice on lifestyle habits and nutrition as well as the mediation of supportive self-exercises can be provided.

Osteopathy is understood as a supplement and extension of conventional medicine. It is not primarily the elimination of physical disturbances, but the promotion of inhibited self-healing powers is the endeavor of any osteopathic interaction.

Trusting in natural principles, it is the body itself that carries out a regulation towards health, whereby the individual self-responsibility of a person always remains.


Where does osteopathy come from?

Who deals with the origins of osteopathy, can not ignore one name: Andrew Taylor Still. He is the founder of osteopathy and lived 1828-1917 in the “Wild West” of the United States. His father trained Still as a country doctor. Contact with Shawnee Indians and life in the wild also shaped his life. At the time of the American Civil War, he worked as a surgeon and positioned himself as an opponent of apartheid. Triggered by familial fatalities in the 1870s, he developed  osteopathy as an alternative to the medicine back then and founded the first school for osteopathy 1892 in Kirksville, Missouri.

Kirksville has today become a medical university that trains osteopathic medics (Doctor of Osteopathy). Still was versatile and a visionary of his time – he made mechanical inventions, laid the foundations of today’s chiropractic, was inexhaustible scientifically engaged in functional anatomy, but also open to spiritual currents and a humanistic thinking and acting person.

Osteopathy first spread in Europe in England, Belgium and France and has been established in Germany since the 1990s. Currently, the worldwide number of practicing osteopaths is estimated at 150,000. 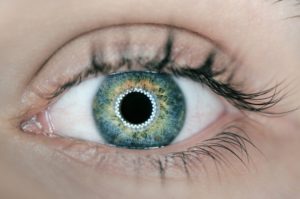 I began to look at man. What did I find? I found myself in the presence of an engine – the greatest engine that mind could conceive of.